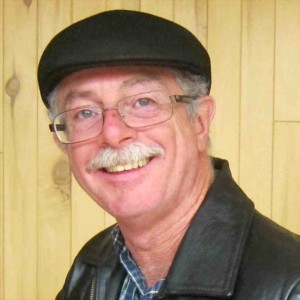 Léo Gaumont is a former public school teacher and one of Canada’s foremost advocates for home education. He was a school teacher for 25 years, even as he taught his own children at home for much of that time. His first-hand experience with conventional public and private schools on the one hand, and home education on the other, firmly convinced him that home education is a superior method of preparing children for the future. Now, as a full-time home education facilitator in Alberta, Léo helps to encourage and guide the parents of countless students across the province.

Léo was born in the French-speaking community of Lamoureux, Alberta. After attending public school he entered the Northern Alberta Institute of Technology (NAIT) where he received a Diploma of Technology in Biological Science. Subsequently, he attended the University of Saskatchewan and obtained bachelors degrees in science and education. He returned to Alberta to teach biology and French in public and private schools.

Léo and his wife Faye began home educating their own children in 1988. They continued right through the high school years and the children completed their programs without receiving provincial credits or diplomas. Nevertheless, they all wanted post-secondary education. Post-secondary institutions in Alberta were not familiar with home educated students at that time and were reluctant to admit anyone without a high school diploma or official high school credits.

It was at this point that Léo embarked upon the task that would cause him to become a leading expert on the entrance of home educated students into post-secondary institutions. He was able to arrange the admission of each of his three children into their desired schools, where they were all successful. This experience helped to confirm and reinforce his confidence in the superiority of home education.

By 1996 Léo was working part-time as a home school facilitator. In Alberta, each home educated student is required to be registered with a school board or recognized private school. The student’s program and progress is then supervised by a facilitator who must be a professionally trained teacher.

Léo draws a sharp distinction between “home schooling” and “home educating.” As he sees it, home schooling basically involves bringing school into the home. The formal structure and curriculum of the school system are retained even though parents oversee the children. Home educating is quite different from home schooling because it involves an educational program designed by a parent and offered to a student outside the structured learning environment of school. It does not try to recreate school at home.

This form of education will not lead to students obtaining a high school diploma or high school credits. Thus these students will not be able to enter most post-secondary institutions via the standard admission route. In this respect, there is a strong connection between Léo’s promotion of home education and his efforts to improve post-secondary admissions procedures for unaccredited home educated students.

By 1999 Léo was working on a comprehensive survey of Alberta’s post-secondary institutions. At this point Dallas Miller of the Home School Legal Defence Association of Canada (HSLDA) encouraged him to make the survey national in scope with the help of HSLDA. This survey, completed in 2001, revealed that although most post-secondary institutions did not have a formal admissions policy for home educated students, many of them had nevertheless already accepted some home educated students.

Due to his emerging expertise in this field, Léo was invited to address the biannual conference of the Association of Registrars of Universities and Colleges of Canada (ARUCC) in June, 2002. The session Léo gave was well attended and well received. He was able to present the accumulating evidence of the success of home education, and argue that home educated students deserve fair appraisal for admission. Following the presentation he was contacted by several institutions across Canada requesting assistance in the development of their home education admissions policies.

He then undertook a comprehensive survey of Alberta’s post-secondary institutions that involved conducting personal interviews with scores of registrars and admissions personnel from virtually every significant institution in the province. This survey resulted in a report entitled, Home-Education Admissions in Alberta Post-Secondary Institutions: A Summary of Current Policy, 2004.

Léo has spoken on home education in most Canadian provinces as well as in the United States. Audiences enjoy his energetic and informative presentations drawn from many years of first-hand experience in various school systems. He is firmly convinced that God has equipped parents to be the educators of their children.

Léo especially encourages parents that their efforts are sufficient to prepare their children for the future. A home education provided by loving parents is the best education any child could possibly receive.